WE HAVE TWO FAMILIES

Life here on earth can get a little complicated and even confusing! The reason for the confusion is because we who are believers belong to TWO FAMILY TREES!

The two families are:

One is natural the other spiritual. One is temporary the other eternal! All of us continue to try to find a balance between the two.

Jesus introduced the subject when He addressed the issue early in His ministry. While teaching in the temple he was told that his mother and brothers were waiting for him outside.

In Mark 3:32-35 Jesus answers the crowd by asking a question. “Who is my mother and brothers?” Truly this seem like a strange question to the multitude who are, as usual, thinking only in one dimension-the natural.

Jesus was seeing and talking both naturally and spiritually. This “new born again” family could only be seen with eyes of faith at that pre-resurrection and Holy Spirit dimension time.

This new family with new “mothers and brothers” is eternal and will far outlast the natural. We shall live forever, bought by God, adopted by God and married to His Son forever!

The question to each believer is this, do we give sufficient time to both families? Because the natural is demandingly visible and responsibility driven it tends to occupy 90% of our time with little left for the His blood bought family.

We MUST care for our loved ones, parents, children and extended natural families. May we be able to see that for the most part our natural family is also grafted into the “trunk” of the tree of life.

May we see the two dimensions of family responsibility and rise to it.

While Cain asked “who is my brother?” Jesus said, “Whoever does the will of God is…!”

IS IT YOUR CALLING OR ASSIGNMENT?

An aging pastor and his wife sat in an hotel room asking me how they could continue pastoring the church they started years ago. The problem was they were totally buried in church work. They could not disengage from the heavy load they were carrying.

As the night wore on till early morning, I was by God’s Grace, able to find a path for them to “unload” the heavy burden. They were able to divide the responsibilities attached to their Gift from the many things people had put on them to do.

Our Gifts come from God and carry with them the enablement to fulfill them.

Our “Assignment” on the other hand is the place God puts us to use the gifts He has given us.

Gifts are permanent but Assignments can be changed. In all Divine placements God’s purpose is to use our assignments to hone our gifts.

What I have found is Christian workers, including Pastors, hold on to their Assignments as if they were Gifts. Each change of Assignment gives us the fresh opportunity to receive new grace and faith. This increase adds a rich dimension to our character and ministry. The danger comes when we hold on to our “Ministry Assignment” because we think it is permanent. Our growth is stunted because at that point the ministry Assignment becomes a drag. New vision is hard to come by and same ole is the order of the day. God changes our setting which forces us to trust Him more and “Lean not to our own understanding.”

Hold to the Gifts and callings God has given you not the “temporary” Assignments you have been placed in.

“IT’S JULY–FREEDOM MONTH AND ALL ARE NOT FREE!”

Close to where we live here in Hampton, Virginia is the Emancipation Oak. It’s the tree below that we visit every few months with visitors or by ourselves. It’s the place that the slaves, still enslaved, came to hear for the FIRST TIME THE READING OF THE DECLARATION OF THEIR FREEDOM!

The following words read to them in 1863 under the tree are from our Declaration of Independence written by.     Abraham Lincoln 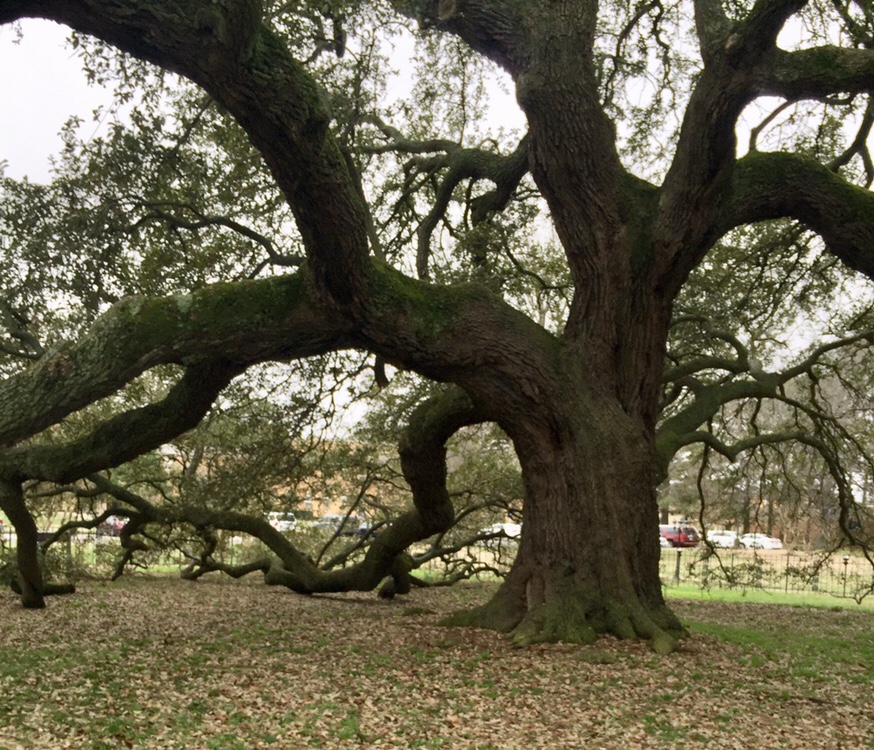 Whereas: “That on the first day of January, in the year of our Lord one thousand eight hundred and sixty-three, all persons held as slaves within any State or designated part of a State, the people whereof shall then be in rebellion against the United States, shall be then, thenceforward, and forever free; and the Executive Government of the United States, including the military and naval authority thereof, will recognize and maintain the freedom of such persons…”       Signed President Abraham Lincoln.

Just think of it. No news papers, no radios, no tv’s, no social media and no cell phones! Although the Declaration had already been signed, many thousands did not know the good news. The slaves gathered together that day waiting to hear the “important” announcement!

Picture them sitting under this oak tree, tired and weary from the yoke of slavery placed upon them for more than 100 years. AND THEN IT HAPPENED! The news of freedom reached their ears and they went from bondage to free men in that moment. The Declaration written earlier had just been read to them and there was no going back! (Their journey to being free indeed still took many years.)

I think of the millions who still do not know that their Declaration of Independence has already been signed in the Savior’s blood.

It’s unthinkable that today millions still sit under oak and palm trees and wait for someone to tell them the “GOOD NEWS-YOU ARE FREE!”

This question still requires your answer!

Yesterday’s failure is the pathway for today’s Success.

Great victories can be the high before the low or the positive before the negative. When our goal is reached, what’s next?

In the euphoria of the moment when we are intoxicated with sweet victory our defenses are down. This was the case with the Israelites after the battle of Jericho.

The small town of Ai was the next challenge facing them. Without seeking to know God’s fresh strategy and basking in the recent success they went straight ahead. The account in Joshua 7 tells the sad story. The battle with this “little” city was disastrous. Thirty-six men were killed. The “little” city came against them fighting for their lives. Joshua’s men “fled” in retreat fearing for their lives!

The real problem was the sin in the camp had marred their divine connection. When that was repented Joshua’s army began to seek God for His strategy.

This would not be the same as used for Jericho. The new plan involved hiding behind city while coming against it in the front. When the city came out to fight against them, Joshua instructed his army to “flee” before them! While those hiding behind would enter into the city and take it.

NOTICE THIS: The first time they “fled,” they fled in FEAR. Now they are commanded to Flee by the same route, BUT do it in FAITH! The past disobedience repented became practice for today’s obedience! They fled in victory.

To maintain the victory won in Calvary we are commanded to FLEE in two main areas.

I leave the implication of this truth up to the Holy Spirit to make relevant to you personally.

Be encouraged God has provided a “City of Refuge” and invites us all to “FLEE” to Him in our hour of failure! See Joshua 20:4

FLEE in FAITH and we can meet at the Gate. Pauljo

You only have to change a few letters to go from hero to zero! The difference in what we can accomplish is a matter of perspective!

The difference is that Faith is active or dormant! Let me explain.

As Jesus beheld people He always looked for the Faith Factor. Notice Luke 7:9 as Jesus “marvels” at the level of faith in the centurion. A man outside of the Jewish nation exercised faith for the healing of his servant. He said, “just say the word and my servant will be healed.” The servant was healed that very hour. Jesus said that’s “great Faith.” It’s Faith whether it’s a woman reaching for the hem of His garment or a blind man on the side of the road, Faith makes contact with the living Source! This causes Jesus to “Marvel.”

On the other hand looking at Mark 6:5-6 we see the stark difference in faith or no faith.

Jesus the miracle worker “could do no mighty works because of their unbelief.”

Here were the people who had the law and the prophets and were from his neighborhood. No Faith!

Simply saying we believe the Bible is not sufficient to amaze our Lord. Acting on the Word opens doors or rivers. Take heart and let’s make the testimony of our lives be this, “Jesus marveled at our GREAT FAITH!”